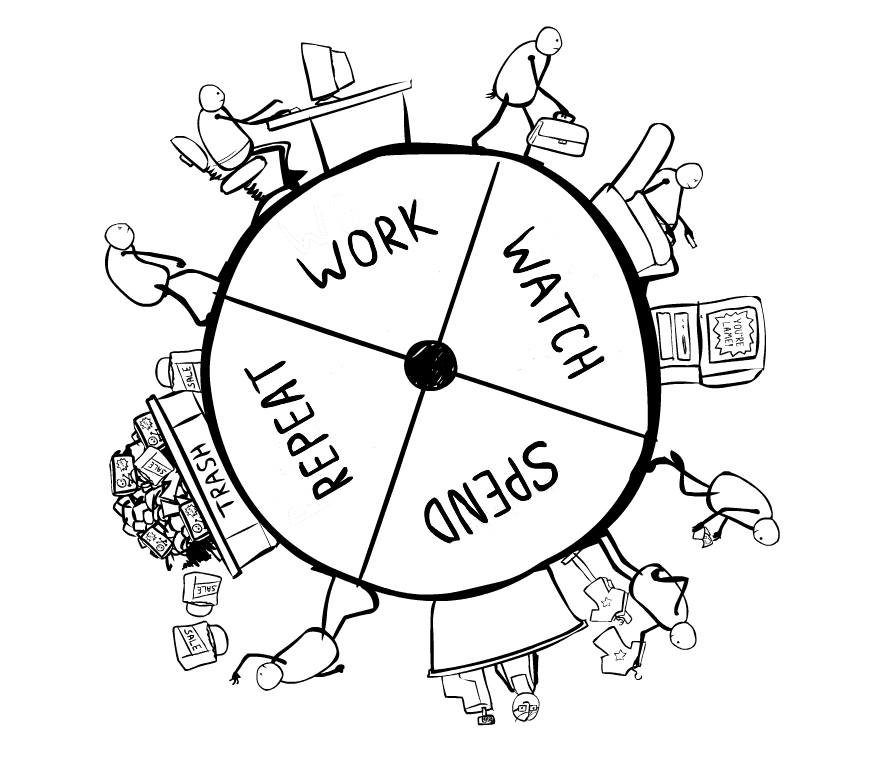 We have a problem with stuff.

We have too much of it, much of it is toxic, and we don’t share it very well. Our take-make-waste economy causes lots of problems for people and the planet – and it’s not even making us happy!

Let’s write a new story of Stuff by buying less and living more.

Let’s promote an economy that works for people and the planet, where we focus on “better” instead of “more".

The world we want is within reach. But we can’t shop our way there! Instead, let’s take action and build an economy – and a society – that works for everyone.

Join the movement and let's break this senseless consumer cycle!