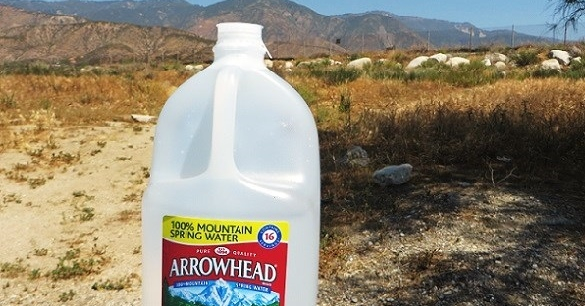 When we launched our investigation into Nestlé's expired San Bernardino permit last year, we struck a nerve with the public. Dozens of major news outlets picked up the story, and hundreds of thousands of people signed petitions. It became abundantly clear that the public wants the Forest Service to prioritize safeguarding public resources, not corporate profits.

There is especially great concern about protection of public water resources now with a historic west coast drought underway. California citizens are being asked to cut back on their own water usage, and the flow of San Bernardino’s very own Strawberry Creek is at 10% of a 90-year average. Allowing Nestlé to continue operating unregulated threatens the local ecosystem that the National Forest was designated to protect, including a number of threatened and endangered species.

The only way to guarantee the protection of the San Bernardino National Forest is to conduct a thorough environmental review -- a full Environmental Impact Statement (EIS) -- and to shut off the spigot on Nestlé completely until that process is complete. After a lawsuit was filed by The Story of Stuff Project and our partners at the Courage Campaign and the Center for Biological Diversity, the Forest Service finally began the process of reviewing Nestlé's permit. As part of this process, the Forest Service invited members of the public to its headquarters in San Bernardino to ask questions, and the Forest Service revealed that it doesn't know the impacts that Nestlé's current water take is having on the local environment. Allowing Nestle to continue operating while the permit review process is being completed, before the Forest Service has been able to assess the environmental impact of Nestlé's actions, is unacceptable.

The Forest Service is obligated by law to manage public resources like the water, plants and animals in the San Bernardino National Forest sustainably -- to hold it in trust for future generations. By failing to proactively investigate and regulate Nestlé's use of its expired permit for 28 years, public trust in the Forest Service has been shaken. The law specifies that water should only be taken from the National Forest when it's in excess, and it gives the Forest Service the power to regulate permits in the time of extreme drought. It’s time for the Forest Service to show it takes its mandate to protect the forest seriously by shutting off Nestle’s operations today.