The Nestle corporation is one of the key players in a worldwide effort to privatize our water resources. While Nestle profits off of one of the fundamental components of life, and litters our oceans with plastic packaging, people and at-risk ecosystems pay the price. But the movement to push back against Nestle is just getting started.

We’re ready to lead and inspire action around the world to turn that trend around -- promoting a new movie to expose Nestle's exploitation of public water resources, working with allies to increase the pressure on Nestle and providing our 1 million+ Community members with opportunities to make your voice heard loud and clear.

Donate today to help us promote a new film about Nestle and launch a boots-on-the-ground campaign to hold Nestle accountable! 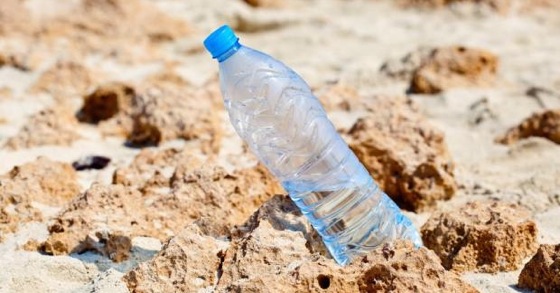 There’s a big fight brewing over water worldwide. From drought-stricken California, to Canada, to Germany and beyond, Nestle is counting on a public that doesn't realize its role in littering our environment and privatizing our resources.

Now is the time to act. With the drought in California stirring up global media attention, people’s concern about the future of our public water is at an all time high. Nestle takes water from public lands around the world to produce single-use bottled water that costs 300 times as much as tap. With our changing climate, droughts are expected to become a worldwide problem. If we can spread the real story of Nestle far and wide, we can force government and businesses to take action.

The Story of Stuff Project and partner organizations have already collected hundreds of thousands of signatures demanding Nestle stop draining California’s public water during the drought. Now our Campaign Director, Stiv Wilson, has traveled down to the San Bernardino National Forest with a film crew to meet with Forest Service whistleblowers in order to gather information about Nestle's use of an expired permit to take public water.

Nestle has well-paid lawyers and a powerful PR machine, but The Story of Stuff Project has smart people, communication savvy, and the benefit of truth on our side.

Over the coming weeks, we plan to produce and release a short video that will expose Nestle’s unethical operations on California’s public lands to millions of viewers. This video will launch a larger campaign complete with dozens of local efforts to hold Nestle accountable for its actions across the globe. This is the story Nestle doesn’t want the public to know, and that’s why it needs to be told.

Please contribute today - together we can protect our water, and our public lands, for generations to come.

Help us change the story on Nestle!