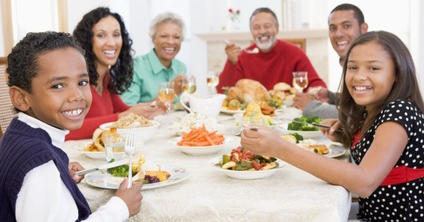 For the past several years in the United States, retailers have been chipping away at Thanksgiving. For retailers, Thanksgiving is an inconvenient time when their employees want to be home with their families instead of working, a day before the "real" holiday -- Black Friday.

And retailers have been waging a war against Thanksgiving, asking employees to come in earlier and earlier each year. Within only a few short years, retailers have done away with Thanksgiving entirely. Employees are required to be at work or lose their jobs. What was once a celebration of family and a reflection on what we are thankful for is being replaced by the crass commercialism of a day of deals and frantic, crowded, miserable shopping.

But one major retailer has taken a big stand in favor of its values. Costco is committed to shutting down on Thanksgiving, allowing employees to spend a quiet day with their families and experience the true meaning of the holiday. Costco is receiving a ton of good press over its decision, but with nearly every other major retailer opening its doors as if there were no holiday at all, the pressure is always on. Let's thank Costco for preserving Thanksgiving, and setting an excellent example for other retailers to follow.

Commercialism has already swamped Christmas, and it is devouring Thanksgiving. Many stores are rolling Black Friday deals into Thanksgiving and even before -- attempting to turn the months of November and December into relentless calls to consume. Some, like Best Buy, Walmart, and Toys "R" Us, force workers to clock-in even before the turkey is on the table in many households. It’s time to reverse this trend.

We need to hold up Costco and similar retailers for demonstrating values that more companies should embrace. By thanking stores that close on Thanksgiving, we can both reinforce the importance of this decision, and show other retailers that putting short-term profits over their employees -- and their values -- is harming their reputations and ultimately their bottom lines.

Thanksgiving is not about shopping. There are so many things we can do instead of fighting over Stuff at malls on Thanksgiving or Black Friday. Spending time with those we love. Playing games with friends. Enjoying a walk outside. Writing personalized holiday messages for those closest to you. Let us count the blessings we have, not the Stuff that we want.

The Story of Stuff is about the effect that the Stuff we buy has on the world around us -- and how this culture of buying Stuff affects us. Total retail sales in the United States topped $4.5 trillion dollars last year. Often, we push ourselves -- or are pushed by our employers -- to work long hours and make ourselves miserable so that we can purchase more and more Stuff as a means to fulfill our desires. But in a culture of constant consumerism, the number of desires to be fulfilled is endless -- there will always be another object to buy in an endless treadmill. Holidays like Thanksgiving are about setting aside just one day a year to step off this treadmill that is wearing us down, and to instead focus on fulfillment through the strength of our family and social networks.
We should have much more than one day, but it seems that even one day is too much for the major retailers that seek endless growth. For them, getting us all used to shopping on Thanksgiving -- getting us out to their stores one day more a year -- is a victory. Instead of allowing ourselves to get caught up in buying Stuff, let's tell our own stories this holiday, and refuse to reward the retailers waging war on Thanksgiving. Buy less, live more.
Resources:
Washington Post: In Keeping With Its Values, Costco to Close on Thanksgiving, October 28, 2014
Time: Two Dozen Retailers Won't Open on Thanksgiving -And They're Shaming the Ones that Will, November 4, 2014
Read more...