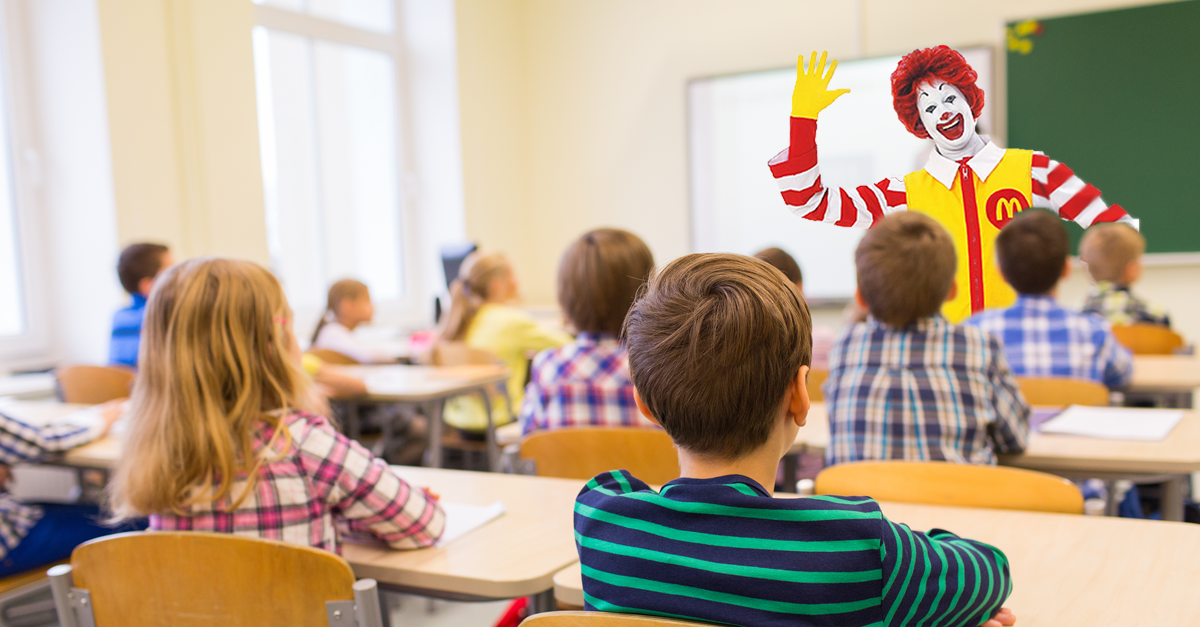 Mark Noltner is a fourth-grade teacher and father in the Midwestern United States. About a year ago, his daughter came home from school and told him that teachers at her school were wearing McDonald’s shirts to promote an upcoming event called a “McTeacher’s Night.” Curious -- and more than a little disturbed -- he looked into it.

What Mark learned is that McDonald's is using public schools across the United States to turn young students into lifelong customers of its junk food brand. At “McTeacher’s Night” events, McDonald’s has teachers “work” behind the counter of a local restaurant to sell burgers, fries, and shakes to their own students. In return, the teachers’ schools get a small cut of the proceeds from their work. But make no mistake, McTeacher's Night is nothing more than a marketing ploy disguised as a school fundraiser.

It’s shameful that McDonald’s is using the tragic underfunding of our public schools as an opportunity to market to children. Teachers should never have to sacrifice their students’ health in order to earn a few extra dollars for their classrooms.

Not only are McTeacher’s Nights harmful for children’s health, they return little money to the schools that participate. Schools typically receive just 15 to 20 percent of the event’s proceeds, often amounting to only one to two dollars per student. McDonald's is exploiting school systems -- and the relationship between teachers and their students -- for free labor and the kind of marketing money can’t buy.

But we’re at a turning point. Around the world McDonald’s is facing growing pressure to stop abusive practices like poverty wages and predatory marketing tactics. That’s why The Story of Stuff Project is joining teachers unions, the National Education Association and our partners at Corporate Accountability International and the Campaign for a Commercial-Free Childhood in demanding that McDonalds stop McTeacher’s Nights -- and we need your support.

It’s time parents, teachers, and others tell McDonald’s that enough is enough.